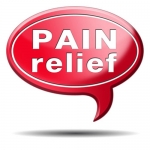 IT Band syndrome occurs as the IT Band, or the Iliotibial band, a ligament extending from the pelvic bone to the shinbone, becomes so tight that it begins to rub against the thighbone causing pain.

The most common symptom is pain between the hip and knees, which may worsen with activity. If left untreated, pain in other areas such as foot pain, knee pain, and hip pain can develop. Physical Therapy is the main form of treatment to relieve IT Band Syndrome.

Pain is a result of damaged tissue so both the tight IT Band and damaged tissue need to be addressed in Physical Therapy. Through a combination of hands-on massaging, stretching, and strengthening exercises, it is possible to relieve IT Band Syndrome.

IT Band syndrome is first diagnosed when there is pain present at the insertion point of the IT Band on the outside of the knee. This pain is usually caused by compression due to an abnormal movement pattern of the femur. So what causes this abnormal movement?

It’s usually weak or tight muscles. Often, a weak butt effect the position of the pelvis and overall stability of the legs. Weak hips and weak abdomen muscles can cause the pelvis to “drop” down while walking or running.

Tight muscles like tight calf muscles, leg muscles, or hip muscles can place strain on the hip and knees causing a tight IT Band and abnormal femur movement. This abnormal, excessive movement can be controlled simply by strengthening the muscles that support the pelvis so that the pelvis regains stability and stops “dropping”. Simply put, relieving IT Band syndrome has to do with consistently strengthening and stretching a variety of muscles that support the pelvis.

Our physical therapists at Cross Bay Physical Therapy create an individualized physical therapy program for you at your first session that will help you resolve this issue.

For example, here are some exercises you may perform during your physical therapy session that create stability for the pelvis.

There are many physical therapy exercises that will build up your leg and hip muscles and help stabilize your pelvis. IT Band only gets worse if ignored, which is why scheduling an evaluation at Cross Bay Physical Therapy is better done now than later when the pain gets worse.

IN THE NEWS
Recent Posts